Home » Blog » Re-united and it feels so good

Re-united and it feels so good 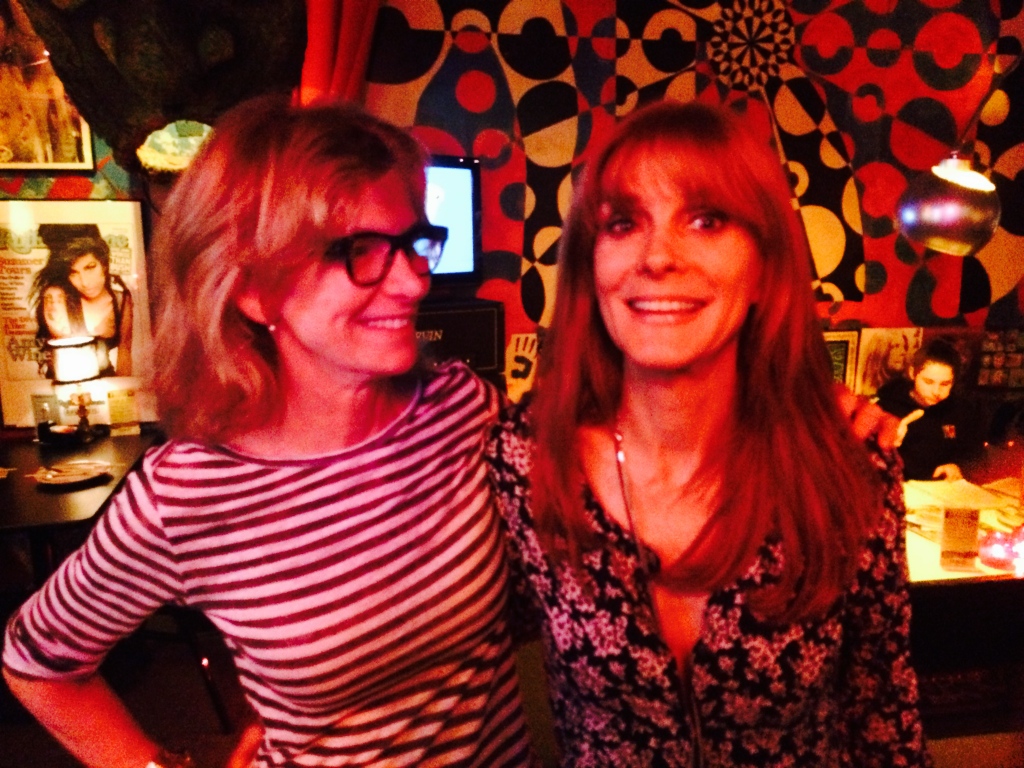 After a few decades of being out of touch, my HS BFF,  Jackie Woolsey O’Brien  and I reunited in California where she lives on a ranch with her utterly cool rocker Hollywood restaurant owning husband, their horses and dogs.  For the past year Jackie & I have been Skyping and a writing a film script. The process was too slow and we needed to be face to face. We basically went on lock down for a week to hammer out the script outline.

When we weren’t writing or eating the best Thai food at Toi on Sunset, I took pilates classes at Harmony Studios in West Hollywood. Harmony is tucked away on Santa Monica Blvd. I loved the open quiet space with big windows letting in light.

All the classes were challenging and each had a little twist here and there, not your typical reformer classes. The trainers were friendly, warm and very serious about their cues and flow. Nothing tentative here. Lots of balance work standing on one leg while holding weights and pressing the carriage back with the other leg. Uggha.  But like I tell my clients, the stuff we don’t like is usually the stuff we need most.

Also, I want to shout out to my other fab long lost pal from HS, John M. who is a busy film producer and script writer living in L.A. and driving around town in a shiny bright red 60’s Cadillac convertible.